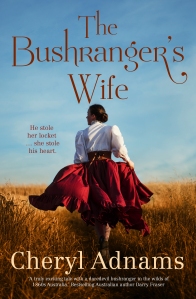 He stole her locket … she stole his heart.

Jack the Devil’s reputation precedes him. The most notorious bushranger on the Central Highlands, nothing throws him off his game … until he holds up Prudence Stanforth and her grandmother. Jack can’t help but be captivated by the feisty Pru, with her sweeping red hair and complete lack of fear.

Weeks later, Pru crosses paths with the respectable businessman Jack Fairweather, and it’s not long before she recognises him as the bushranger who stole her beloved necklace. His price for the locket’s return is her silence … and a kiss.  A kiss that sparks something inside them both.
When Pru discovers her grandmother has been keeping a devastating secret, running away with Jack the Devil is the perfect escape for her broken heart. The dangerous nature of his less-than-salubrious occupation is a poetic contradiction to her sheltered upbringing and only fuels their passion. Until that danger becomes a reality. Between the return of dark elements from Jack’s past and authorities intent on his capture, Jack and Pru must fight for their future together … or risk losing everything.

“The Girl from Eureka” 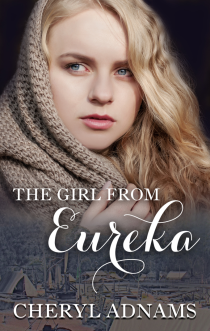 On the sun-drenched goldfields of Eureka, a wild colonial girl and an honour-bound soldier will break all the rules to claim a love worth more than gold …

Gold miner Indy Wallace wants nothing more than to dig up enough gold to give her mother an easier life. Wild and reckless, and in trouble more often than not, Indy finds herself falling for handsome, chivalrous, British Army Lieutenant Will Marsh. But in the eyes of immigrant miners, soldiers are the enemy.

Will has been posted to Ballarat with a large contingent of Her Majesty’s Army to protect the Crown gold and keep the peace. But once he meets rebellious Indy, he doubts he’ll ever be at peace again. As Will and Indy’s attraction grows, their loyalties are tested when the unrest between miners and the military reaches breaking point.

On opposite sides of the escalating conflict, can their love survive their battle of ideals? And will any of them survive the battle of the Eureka Stockade?

Praise for “The Girl from Eureka”

The Girl From Eureka offers a realistic account of the events leading up to the Eureka Stockade, including the battle itself. It’s a story that’s brimming with tension and action, rich in atmosphere and charged with emotion. Highly recommended – Theresa Smith Writes. Read the full review here.